While Israel is a Jewish state, it is not a theocracy, meaning the state cannot force its citizens to follow Jewish law. 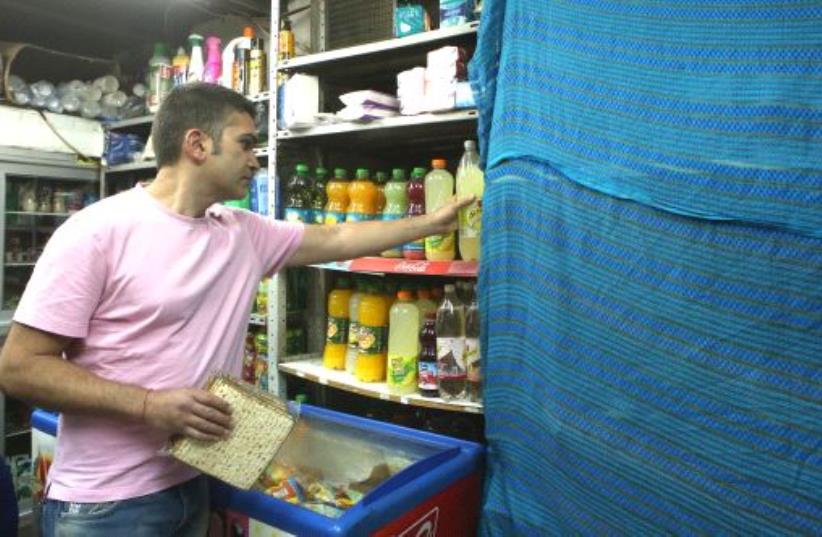 Hametz is covered at a store in Israel – (photo credit: MARC ISRAEL SELLEM)

The political crisis triggered on Wednesday when Yamina MK and coalition whip Idit Silman bolted from the government is not about the leavened products that biblical law prohibits Jews from eating during the seven days of Passover.

True, Silman framed her move as a concern over the Jewish nature of the state that she feels is compromised by a public display of hametz on the Festival of Matzot, but this was just an excuse for something Silman has obviously been thinking about and planning for some time.

Even though hametz did not cause this crisis but was rather its excuse – or, more precisely, a letter Health Minister Nitzan Horowitz wrote the heads of the country’s hospitals directing them to abide by a 2020 High Court of Justice ruling that allows hametz to be taken into the country’s hospitals – the matter does raise salient issues about the role religion should play in Israel.

Israel is a Jewish state.

What makes it a Jewish state? The majority of its population is Jewish (while its non-Jewish minorities enjoy full and equal rights); it grants citizenship to any Jew who wants to live in it; the rhythm of life – its Sabbath day and holidays – runs according to the beat of the Jewish calendar; Hebrew is its official language; and it is situated on the land that is the cradle of Jewish civilization.

It is not, however, a theocratic state. It is not a country run according to Jewish law, according to Halacha.

The state is well within its rights, however, in mandating that public kitchens – such as those in the army, government offices and hospitals – must be kosher, and kosher for Passover, so that everyone will be able to eat there.

Someone who does not observe the laws of kashrut can eat in a kosher kitchen, but someone who observes the laws of kashrut cannot eat in a kitchen that is not kosher. Therefore, if the state wants, as it does, for all its citizens to be able to serve in the army and make use of its hospitals and other government institutions, it needs to ensure that those kitchens are kosher, and, on Passover, kosher for Passover. As a result, hametz cannot be taken into public kitchens.

All that makes good common sense.

Many problems, in fact, can be avoided by using good common sense, being considerate, and displaying basic decency.

For instance, Muslims this month are celebrating Ramadan, a holiday during which many fast from dawn to dusk. It is just common sense that those working alongside Muslims are not going to whip out a three-course lunch and eat it in the presence of their Muslim co-workers. Why would they? That would just be crass, boorish behavior. This is not something that needs to be legislated. It is basic decency.

By the same token, it is also good common sense that Jews and even non-Jews aware of the time of year will not demonstratively eat a baguette laden with pastrami in front of Jews making a lunch of matzah and jelly on Passover.

If someone wants to eat bread on Passover, the state should not stop him. Hopefully, the person will have the consideration not to do it in front of someone who might find that offensive, just as someone would hopefully have the common sense not to feast in front of a Muslim fasting on Ramadan.

Thankfully, most people do have that degree of basic decency and good common sense. For that reason, directives prohibiting hametz in hospitals are as superfluous as are laws mandating that hospitals let hametz in, and directives sent out to the heads of hospitals calling on them to abide by those laws.

When in doubt, just abide by Hillel’s magnificent dictum: “That which is hateful to you, do not do unto another.”