When she was a rabbinical student at The Schechter Institute of Jewish Studies in Jerusalem, the Conservative rabbi Aviva Fellman met and married her husband, Ari Fellman, whose Syrian family immigrated to Israel when he was a baby.

A month after they became engaged, Aviva Fellman, whose background is Ashkenazi, hosted a large Seder for their two families in Israel. Her husband’s mother showed up with a microwave Tupperware rice cooker. “I took it as a ‘Welcome to the Sephardi family; you will forever more be eating kitniyot on Pesach,’” said Fellman, now the rabbi for Congregation Beth Israel in Worcester, Massachussets.

As a Sephardic Jew living in Israel, Ari Fellman’s holiday table had always included kitniyot , the legumes, corn and rice traditionally prohibited in Ashkenazi homes at Passover (along with hametz — the five grains: wheat, barley, oats, rye and spelt). 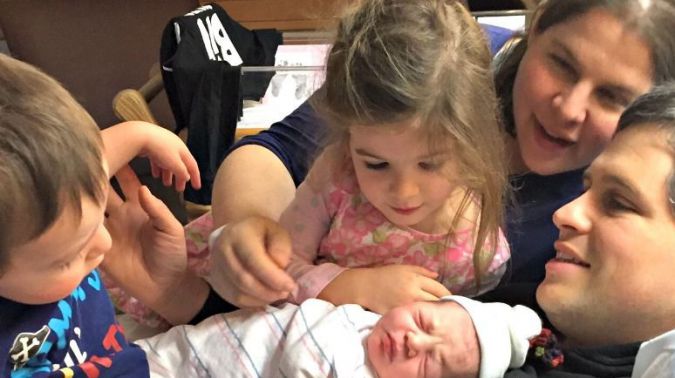 Rabbi Aviva Fellman (top right) with her husband, Ari, and their three children.

As Aviva Fellman’s marriage introduced her to a new dietary flexibility at Passover, two recent Conservative movement teshuvot — responses to questions of Jewish law posed to the movement’s Committee on Jewish Law and Standards — will do the same for Conservative Ashkenazi Jews who live outside Israel.

The Conservative movement is a halachic one, in which the members are supposed to live according to Jewish law. The new opinions, which state that Ashkenazi Jews may now incorporate kitniyot into their diets at Passover, are contained in two papers approved in December 2015. One was written by Rabbi Amy Levin and Rabbi Avram Israel Reisner, and addressed Diaspora Jews .

The second , by Rabbi David Golinkin, president of the Schechter Institutes and a professor of Jewish law, is an update of his 1989 paper, which applied only to Israel — where the Ashkenazim were a minority and the Sephardim and Ashkenazim were mixing through marriage.

“I think one of his aspirations in that teshuvah was to avoid perpetuating schisms and differences within Israeli culture so everyone could celebrate Passover without differentiation,” said Levin, who is currently interim rabbi for Congregation Rodeph Sholom in Bridgeport, Connecticut.

All three rabbis have concluded that what made sense in Israel in 1989 should hold in the Diaspora today.

There have been substantive changes in the makeup of the American Jewish community over the course of the past few decades. In addition to strong Persian and Syrian populations, more and more Israelis have been moving to the United States. “There are two or three generations of those Israeli families, so there is more of a critical mass of Jews of Sephardic background living in the Jewish community; not just visiting, but living here,” Levin said. 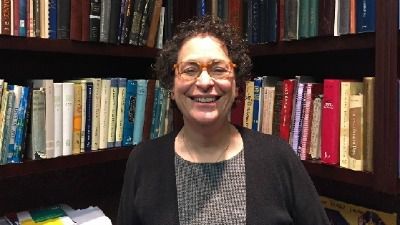 Rabbi Amy Levin is co-author of one of the new papers.

Four or five years ago, right before Passover, Levin was walking up and down the aisles of a supermarket in Providence, Rhode Island (she was the rabbi of Temple Torat Yisrael in East Greenwich, Rhode Island, from 2004 to 2014), when she made a discovery. On a shelf right next to the kosher-for-Passover potato chips was Osem Popcorn — also labeled kosher for Passover.

“I looked at it and I thought, ‘Well, I understand that, but there are members of my congregation who are going to say, “Oh, cool, popcorn kosher for Passover,” until their mother-in-law walks in and says ‘What’s this doing here?’”

In 2014, Manischewitz debuted a new label called Kitni, with products including tahini, a packaged rice and lentil dish, and peanut butter — all kosher for Passover.

“The fact that a major American label sees a need for this in the United States, it’s an indication that the American Jewish community is becoming similarly mixed, as the Israeli community has been,” Levin said. “So now we are reacting here to a reality that Rabbi Golinkin was reacting to in the late ’80s and early ’90s in Israel.”

Rabbi Elliot Dorff, who is chair of the movement’s law and standards committee and also a professor of theology at American Jewish University, agrees that shifting demography necessitated the change. And he said there’s another reason behind the decision: the rise of vegans and gluten allergies. “I think that’s why it came up now as opposed to a generation ago,” he said.

Another fundamental piece of Golinkin’s reasoning in the 1989 paper and again today surrounds the idea that the custom of prohibiting kitniyot at Passover was based on a “foolish” or “mistaken” custom. To be sure, some Ashkenazi Jews have complained for generations about the nonsensical nature of the prohibition against kitniyot .

“This custom is mentioned for the first time in France and Provence in the 13th century…” Golinkin wrote. “[F]rom there it spread to various countries and the list of prohibited foods continued to expand. Nevertheless, the reason for the custom was unknown and, as a result, many rabbis invented at least 12 different explanations for the custom.” 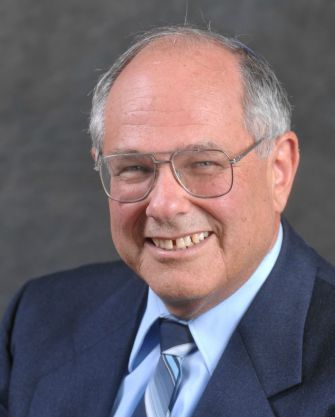 “I have a doctorate in philosophy — I like things to make sense,” Dorff said. “The custom itself was not a wise custom to begin with, and in our day, when you have Jews of Ashkenazi descent married to Jews of Sephardic descent, it gets really hard to figure out what to do in your house.”

Yet another factor, cited in both papers, is that some traditional concerns surrounding kitniyot are simply no longer problems. Now that we buy our grain in the supermarket, sealed in packaging and carefully labeled, any fear that a bit of wheat flour might make it into cornmeal or rice flour, or be mistaken for it, is mitigated.

The rabbis (and the teshuvot ) stress that people don’t have to worry if they visit friends who are serving rice or lentils or chickpeas. “They shouldn’t feel freaked out. There’s not hametz on the table,” Levin said. “They should eat it or not, but they shouldn’t feel that they put themselves in a questionable position by being in the room with kitniyot .”

As logical as all this may seem, the response from Conservative Ashkenazim in the United States has, of course, been mixed.

“I hear everything from, ‘Yeah, we’ve already been sort of kind of playing with this already,’ to ‘Thank you; we’ve been wondering if we could do this,’ to ‘I agree with you, but I don’t know if I could do this in my kitchen,’ to ‘I’d be afraid that my Seder guests might have a problem,’” Levin said.

When his daughter and son-in-law came from Israel for Passover last year, Rabbi Neil Cooper of Temple Beth Hillel-Beth El in Wynnewood, Pennsylvania, found himself in a funny position. 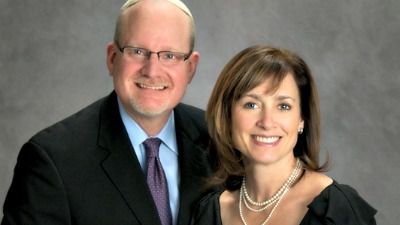 Rabbi Neil Cooper and his wife Lori served kitniyot at Passover last year, when their daughter and Sephardic son-in-law visited from Israel.

“My daughter married a guy whose family is Moroccan,” he said, “so at the first Seder she goes to, they have rice and they have hummus and all this stuff. So she converted to Sephardi.”

Last spring, in Pennsylvania, she wanted to make rice and beans. “So here I am at my own home, wondering if I can eat food that’s cooked in my own home, that intellectually I know is kosher, but we just don’t eat it,” Cooper said.

Did he partake? “I might this year; I didn’t last year,” he said. “I feel that it’s important to my congregation for me to demonstrate that this is okay. People are kind of waiting for me. If they know that I’m eating it, they’ll feel it’s okay.”

Cooper, who described his congregation as very traditional, said: “The people who wrote to me, some said, ‘I always wondered about that but we never did,’ and some said, ‘Thank you; now we’re going to extend our menu.’ For those who don’t want to, they should not feel compelled.”

His wife and his daughter are thrilled, he said. Others may take more time to get used to the idea.

“Custom is often the initiative of the grassroots,” Levin said. “I have pots and dishes that were my grandmother’s. I don’t know if I’m putting lentils in my grandma’s pot. I’ll make lentils in mine. Because it’s kishkes — it’s this gut reaction to things. The gut reaction to things is very important in our tradition. It shouldn’t all be cerebral.”

This, from an author of the teshuvah . Clearly, old traditions die hard.

So, could a decision meant to connect a community end up dividing it?

Aviva Fellman, whose mother-in-law welcomed her into the family with rice at the Passover meal, says that one way or another, the new legal opinions on kitniyot should enrich everybody’s experience. She leads Sabbath discussion groups with the United Synagogue Youth, in which they take on thought-provoking topics, from body piercing to the death penalty. Recently, they discussed kitniyot .

“There was a little tension, based upon, ‘What happens if I learn to do something that my family doesn’t do?’” she said. “We didn’t define the conversation as, ‘You should go home and tell your parents to buy hummus,’ or ‘You can serve rice’ or ‘Our rabbi is serving rice at one of her Seders’ — which we are.”

“My hope is that for families who choose to add kitniyot , that it will enhance the question-asking at the Seder. Serving something different, like rice, opens up that discussion. Why is this night different from all other nights? Because on this night, we’re serving rice at the Seder.”

Liza Schoenfein is the food editor of the Forward. Contact her at schoenfein@forward.com or on Twitter, @LifeDeathDinner 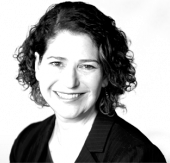 Food editor Liza Schoenfein is also a writer and recipe developer and author of the blog Life, Death & Dinner. She was editor-in-chief of Jewish Living magazine, executive editor of Saveur, and was the editor of Goodhousekeeping.com and Parenting.com. She has written articles and developed recipes for a wide range of publications including Elle, Saveur, Self, Fitness, Cooking Light, Country Living and Epicurious.com. She is working on a cookbook and a memoir about food and family. Liza lives in New York City with her husband and two sons.